At the end of this week we’ll have a party in Glasgow School of English to celebrate the 20th anniversary of the School opening to students.  There will be cake, soft drinks, possibly some champagne, a balloon or two – and some guests who have been great friends to us over the years.  We’ll have some photos and an interview with Andrew Lennox, the School’s President and founder as well as a surprise or two!

The fact the School has been so successful is due to the hard work of everyone concerned, from Andrew himself to Vicki, the Director of Studies, all the admin staff and, of course, our fantastic teachers.  How do we know they are fantastic?  Simple, our students tell us!

We conduct interviews with students at the end of each term to ask them what they think of the classes and the School in general.  Last term (April – June), the results were even better than usual.  100% of the students who responded said they would recommend the  School, while 97% either agreed or agreed strongly that the lessons met their needs and 96% believed their English has improved as a result of studying here.  We think that, as well as our 20th anniversary, is something to celebrate! 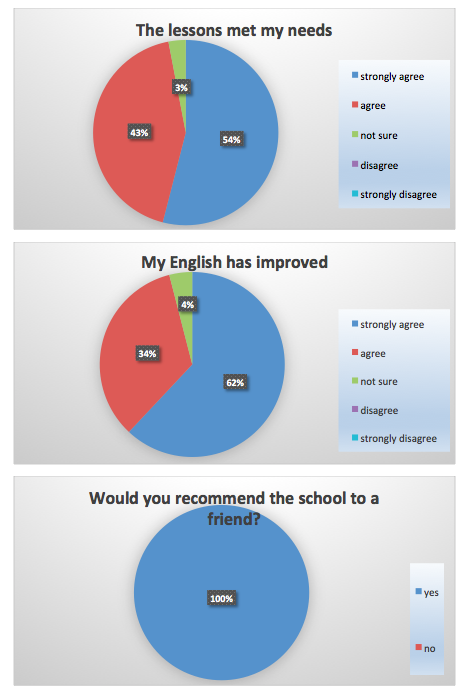